Velero v1.1 backing up and restoring apps on vSphere 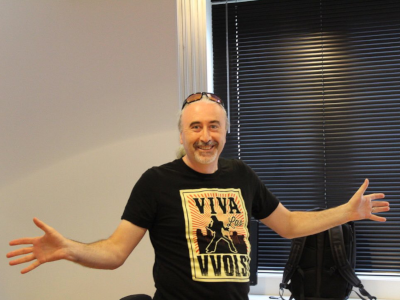 Velero version 1.1 provides support to backup Kubernetes applications deployed on vSphere. This post will provide detailed information on how to install and configure Velero to backup and restore a stateless application (nginx) that is running in Kubernetes on vSphere. At this time there is no vSphere plugin for snapshotting stateful applications on vSphere during a Velero backup. In this case, we rely on a third party program called restic. However this post does not include an example of how to backup a stateful application. That is available in another tutorial which can be found here.

The Velero v1.1 binary can be found here. Download and extract it to the desktop where you wish to manage your Velero backups, then copy or move the velero binary to somewhere in your $PATH.

Deploy and Configure a Minio Object Store as a backup destination

There are a few different steps required to successfully deploy the Minio S3 Object Store.

A simple credentials file containing the login/password (id/key) for the local on-premises Minio S3 Object Store must be created.

2. Expose Minio Service on a NodePort

While this step is optional, it is useful for two reasons. The first is that it gives you a way to access the Minio portal through a browser and examine the backups. The second is that it enables you to specify a publicUrl for Minio, which in turn means that you can access backup and restore logs from the Minio S3 Object Store.

To expose the Minio Service on a NodePort, a modification of the examples/minio/00-minio-deployment.yaml manifest is necessary. The only change is to the type: field, from ClusterIP to NodePort:

After making the changes above, simply run the following command to create the Minio Object Store.

Retrieve both the Kubernetes node on which the Minio Pod is running, and the port that the Minio Service has been exposed on. With this information, you can verify that Minio is working.

To install Velero, the velero install command is used. There are a few options that need to be included. Since there is no vSphere plugin at this time, we rely on a third party plugin called restic to make backups of the Persistent Volume contents when Kubernetes is running on vSphere. The command line must include the option to use restic. As we also mentioned, we have setup a publicUrl for Minio, so we should also include this in our command line.

Here is a sample command based on a default installation on Velero for Kubernetes running on vSphere, ensuring that the credentials-velero secret file created earlier resides in the same directory where the command is run:

Once the command is running, you should observe various output related to the creation of necessary Velero objects in Kubernetes. Everything going well, the output should complete with the following message:

Yes, that is a small sailboat in the output (Velero is Spanish for sailboat).

Deploy a sample application to backup

Velero provides a sample nginx application for backup testing. This nginx deployment assumes the presence of a LoadBalancer for its Service. If you do not have a Load Balancer as part of your Container Network Interface (CNI), there are some easily configuration ones available to get your started. One example is MetalLb, available here.

To deploy the sample nginx application, run the following command:

Check that the deployment was successful using the following commands:

In this example, a Load Balancer has provided the nginx service with an external IP address of 192.168.191.70. If I point a browser to that IP address, I get an nginx landing page identical to that shown below.

We're now ready to do a backup and restore of the nginx application.

In this example, we are going to stipulate at the velero backup command line that it should only backup applications that match app=nginx. Thus, we do not backup everything in the Kubernetes cluster, only the nginx application specific items.

You can now login to the Minio Object Storage via a browser and verify that the backup actually exists. You should see the name of the backup under the velero/backups folder:

Let’s now go ahead and remove the nginx namespace, then do a restore of the application from our backup. Later we will demonstrate how we can restore our nginx application.

This command should also have removed the nginx deployment and service.

Do your first Velero restore

Restores are also done from the command line using the velero restore command. You simply need to specify which backup you wish to restore.

The following command can be used to examine the restore in detail, and check to see if it has successfully completed.

Verify that the restore succeeded

You can see that the restore has now completed. Check to see if the namespace, DaemonSet and service has been restored using the kubectl commands shown previously. One item to note is that the nginx service may be restored with a new IP address from the LoadBalancer. This is normal.

Now let’s see if we can successfully reach our nginx web server on that IP address. Yes we can! Looks like the restore was successful.

As always, we welcome feedback and participation in the development of Velero. All information on how to contact us or become active can be found here

You can find us on Kubernetes Slack in the #velero channel, and follow us on Twitter at @projectvelero.

Velero v1.1 backing up and restoring Stateful apps on vSphere

This post demonstrates how Velero can be used on Kubernetes running on vSphere to backup a Stateful application. For the purposes of this example, we will backup and restore a Cassandra NoSQL database management system.

Velero v1.1 backing up and restoring apps on vSphere

A How-To guide to run Velero on vSphere.