Documentation for version v1.9 is no longer actively maintained. The version you are currently viewing is a static snapshot. For up-to-date documentation, see the latest version.

NOTE: Kubernetes applications are made up of various resources. Common resources are pods, jobs, and deployments. Custom resources are created via custom resource definitions (CRDs). Every resource, whether custom or not, is part of a group, and each group has a version called the API group version.

Kubernetes by default allows changing API group versions between clusters as long as the upgrade is a single version, for example, v1 -> v2beta1. Jumping multiple versions, for example, v1 -> v3, is not supported out of the box. This is where the Velero Enable API Group Version feature can help you during an upgrade. 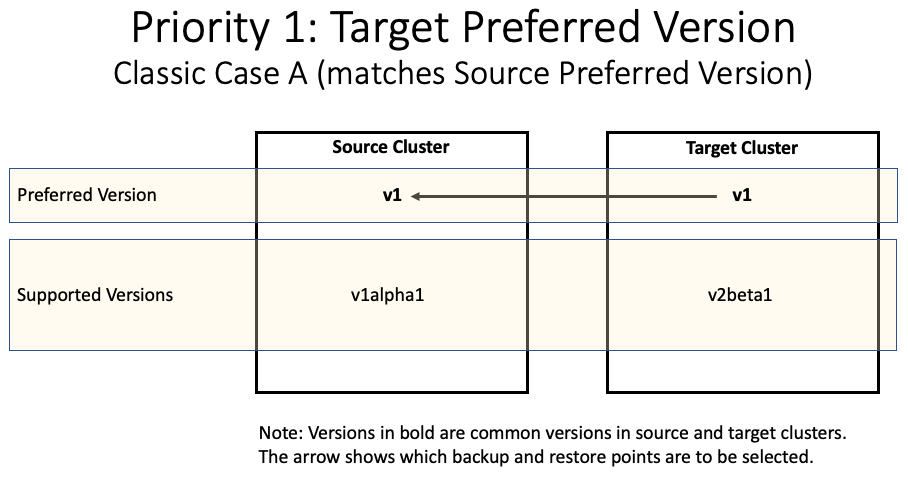 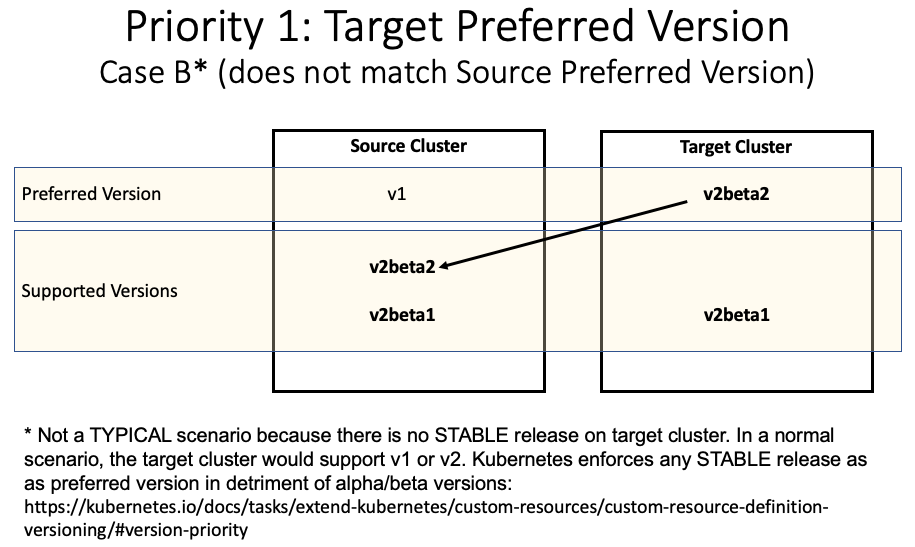 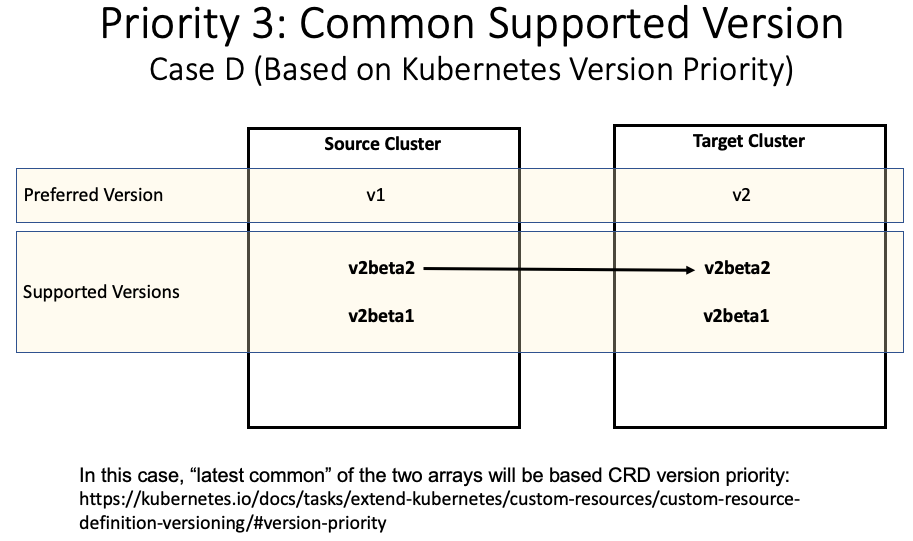