Velero continues to evolve with the release of version 1.2. With this release, we’ve focused on extracting in-tree cloud provider plugins into their own repositories, making further usability improvements to the restic integration, preparing for the general availability of Kubernetes custom resource definitions (CRDs) by adding a structural schema to our CRDs, and many other new features and usability improvements.

Let’s take a look at the highlights for this release.

Velero has had built-in support for AWS, Microsoft Azure, and Google Cloud Platform (GCP) since day 1. When Velero moved to a plugin architecture for object store providers and volume snapshotters in version 0.6, the code for these three providers was converted to use the plugin interface provided by this new architecture, but the cloud provider code still remained inside the Velero codebase. This put the AWS, Azure, and GCP plugins in a different position compared with other providers’ plugins, since they automatically shipped with the Velero binary and could include documentation in-tree.

With version 1.2, we’ve extracted the AWS, Azure, and GCP plugins into their own repositories, one per provider. We now also publish one plugin image per provider. This change brings these providers to parity with other providers’ plugin implementations, reduces the size of the core Velero binary by not requiring each provider’s SDK to be included, and opens the door for the plugins to be maintained and released independently of core Velero.

We’ve continued to work on improving Velero’s restic integration. With this release, we’ve made the following enhancements:

Clone PVs When Cloning a Namespace

Before version 1.2, you could clone a Kubernetes namespace by backing it up and then restoring it to a different namespace in the same cluster by using the --namespace-mappings flag with the velero restore create command. However, in this scenario, Velero was unable to clone persistent volumes used by the namespace, leading to errors for users.

In version 1.2, Velero automatically detects when you are trying to clone an existing namespace, and clones the persistent volumes used by the namespace as well. This doesn’t require the user to specify any additional flags for the velero restore create command. This change lets you fully achieve your goal of cloning namespaces using persistent storage within a cluster.

To help you secure your important backup data, we’ve added support for more forms of server-side encryption of backup data on both AWS and GCP. Specifically:

In Kubernetes 1.16, custom resource definitions (CRDs) reached general availability. Structural schemas are required for CRDs created in the apiextensions.k8s.io/v1 API group. Velero now defines a structural schema for each of its CRDs and automatically applies it the user runs the velero install command. The structural schemas enable the user to get quicker feedback when their backup, restore, or schedule request is invalid, so they can immediately remediate their request.

There are too many new features and improvements to cover in this short blog post. For full details on all of the changes, see the full changelog.

Velero’s user and contributor community continues to grow, and it is a huge part of this project’s success. This release includes many community contributions, including from (GitHub handles listed):

Thank you for helping improve the Velero project!

Catch us at KubeCon

If you’re going to KubeCon + CloudNativeCon North America 2019 in San Diego, come hang out with us.! The Velero maintainers will all be attending and would love to chat with you. We’ll be having a Velero community lunch on Wednesday, November 20, at 12:30PM in the convention center. Come to the VMware booth or look for the Velero signs in the lunch area.

Check out these talks related to Velero:

Velero is better because of our contributors and maintainers. It is because of you that we can bring great software to the community. Please join us during our online community meetings every Tuesday and catch up with past meetings on YouTube on the Velero Community Meetings playlist. 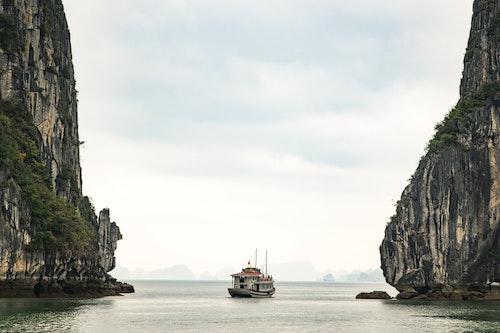 Velero 1.3 includes improvements to CRD backups and restores, multi-arch Docker images including support for arm/arm64 and ppc64le, and many other usability and stability enhancements. This release includes significant contributions by community members, and we’re thrilled to be able to partner with you all in continuing to improve Velero.